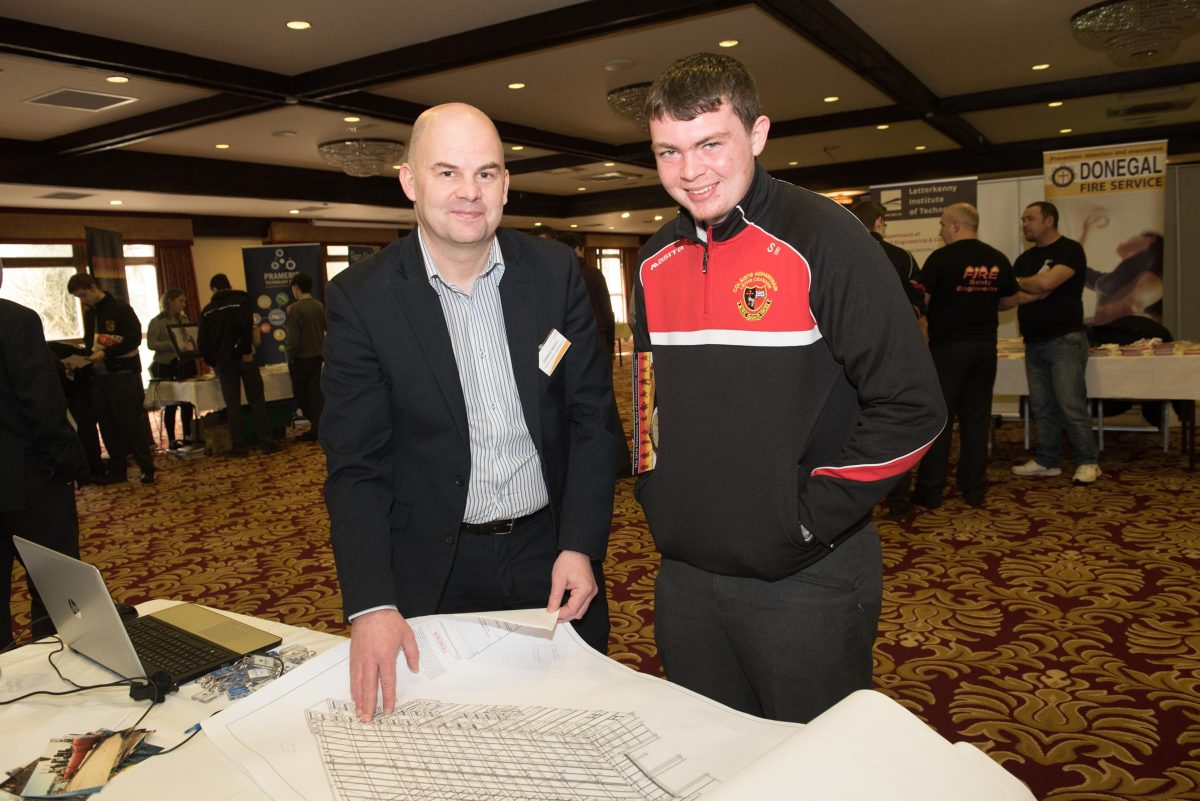 HD McKay is delighted to join the celebrations for the 10th annual Engineers Week, which runs from 28th February and 5th March 2016. We attended the Engineers Ireland Transition Year event at the Mount Errigal, on Tuesday 1st March (see pics!).

In the Donegal Region events have taking place throughout Engineers Week to show young people the many types of work engineers do. These include engineering workshops and events such as “Electronic Engineering & the Internet of Things” which takes place in the Tip O’Neill suite in the Sliabh Sneacht Centre in Inishowen on March 3rd.

For older students a careers event with local engineering companies and staff will take place on March 1st. Students will get an opportunity to meet engineers working across the industry in Donegal.

Stephen Flynn of Engineers Ireland said “Many students assume that engineering is only about construction and while that is a very important part of what engineers do, we are involved in much more here in Donegal. For example we have Abbott Diabetes Care, based in Donegal which is a centre of excellence for the development and manufacture of blood glucose monitoring strips for use in the management of diabetes. The team in Donegal comprises scientists, electronic and mechanical engineers in the research, development and manufacturing of next generation technology, processes and materials for people with diabetes around the world. We also have the E&I Engineering Group who are a leading Electrical Switchgear & Busbar Trunking manufacturer operating throughout Ireland, UK, Europe, the Middle East and U.S.A, serving large scale industrial and commercial markets. Other companies providing worldwide services are Pramerica’s software development group and Randox Teoranta, the international clinical diagnostics company.”

A key concern of Engineers Ireland is to encourage more women into engineering.  Stephen noted that while women make up half of the population only 11% of Engineer’s Ireland members are women. “This is of concern are we are missing the talent and abilities of many women andwe would encourage girls as well as boys to attend the events.”