Defective concrete blocks used in the construction industry could be causing structural problems to hundreds of homes throughout Donegal.

It would appear there is an issue with the concrete blocks which are causing them to crumble. 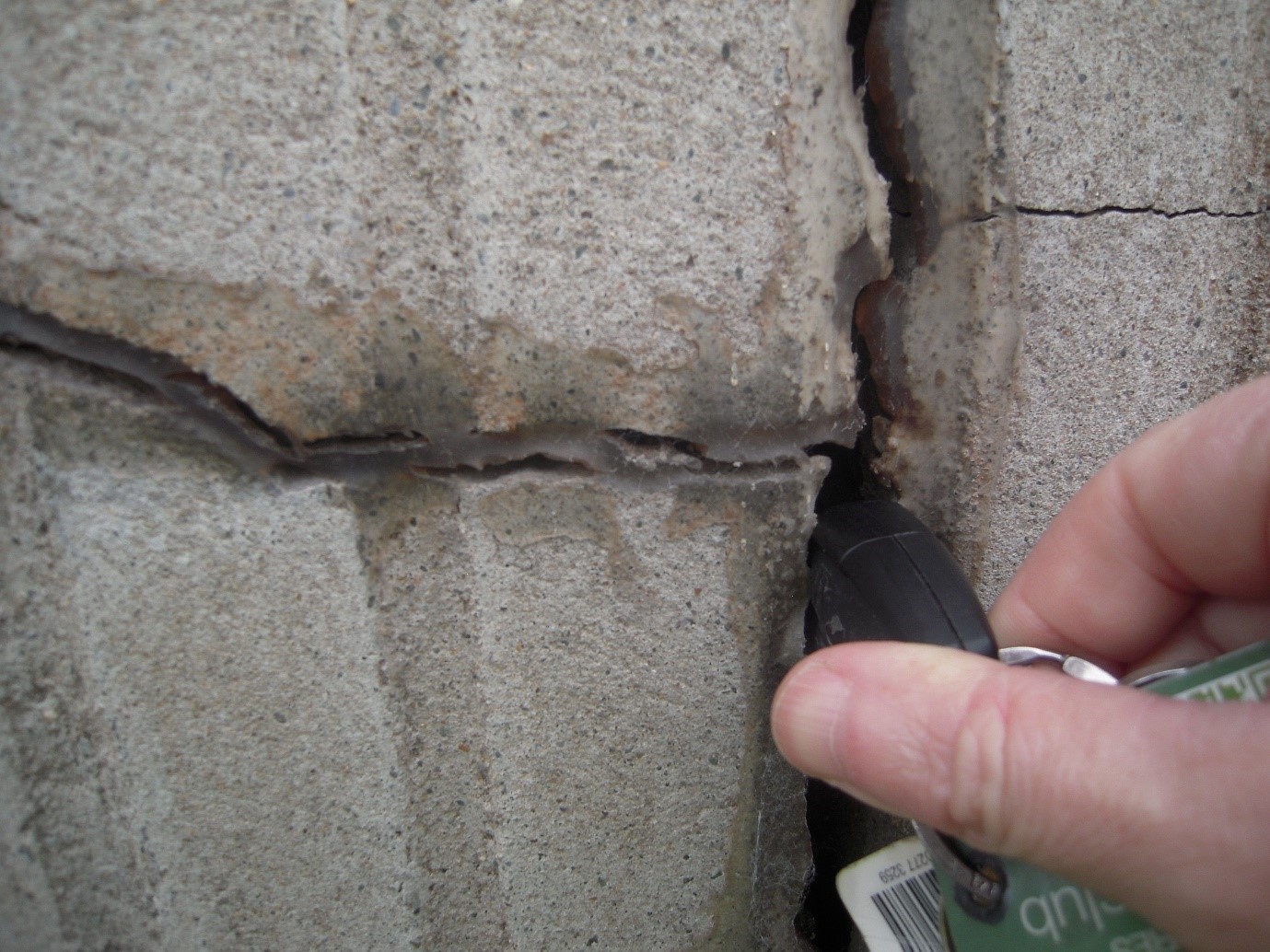 This is on a large scale. These cracks may look like normal settlement cracks at the early stages following construction.

However, the cracking gets worse over time. In most cases the cracks start to appear around five years or sometimes longer after construction.

Upon further investigation it becomes apparent the actual concrete blocks beneath the plaster can be easily broken.  In some instances the defective concrete blocks can be broken with as little effort as rubbing them with your fingers.

I have called on the Government to set up a redress scheme for Donegal homeowners, similar to the Pyrite scheme in Leinster.

The Background on Defective Concrete Blocks

It would appear there could be a defect within concrete blocks for building purposes which is causing them to crumble.

Possible causes could be a combination of low cement content, fine stone and Muscovite Mica.

The issue is very similar to the Pyrite problem which is still a major issue in the Leinster Region.

It was initially thought this problem was confined to a small area in County Donegal.  However, with the recent press coverage and  increased public knowledge, the problem is widespread throughout the County.

How we got here

A call to a local Radio station enquiring about Pyrite raised alarms and I responded with general information.

The station then requested a detailed live discussion due to public demands for further information.

On air I discussed Pyrite and exterior cracks on houses throughout Donegal.

An overwhelming response from listeners who recognised the symptoms discussed – especially the issue of cracked exterior walls.

Since then I have been working to create an awareness to this County wide issue by contacting Local and National Press, Local Representatives, Councillors and TDs.

The Symptons of Defective Concrete Blocks

Householders are being faced with mapped or web-like cracking to external walls, crumbling blocks and plaster cracks.

In some cases, floors are starting to rise, floor tiles are cracking, and internal doors are becoming difficult to close.

The cracks deteriorate at an accelerated pace. The only remedy is to take down the affected walls. The cost will be in the tens of thousands of euro.

We can help by;

This issue has become a major worry for many homeowners throughout the County.

We understand your home is your largest financial investment and we know how daunting this process can be.

Contact us to discuss your concerns and share this information with others who may be affected by Defective Concrete Blocks.

PYRITE is a naturally occurring mineral which causes significant structural damage to homes if used in the infill below floor slabs.

Also known as ‘fool’s gold’, traces of the substance are found in the rock used to make crushed stone for backfill in the construction of homes and buildings.

In the presence of humidity and oxygen, pyrite can form a chemical reaction which leads to swelling within the backfill, resulting in structural damage to the home.

Pyrite or Iron Pyrite (FeS2) is a very common mineral that is present in many sedimentary rocks as framboidal crystals.

Subject to certain conditions, pyrite is problematic in confined construction, such as under floor filling and bridge embankments.

This is due to a chemical reaction that can cause pyritic backfill to swell.

This occurs when framboidal crystalline pyrite, air and moisture, mix causing a chemical reaction to occur that creates expanding crystals within the material.

The confirmed areas that have been affected by pyrite-heave are mostly concentrated in North Leinster, particularly in North County Dublin, Offaly, Meath and Louth.

What are the tell-tale signs of pyrite damage?

If a building is suspected of having a pyrite problem some of the typical observable signs are:

Engage a Chartered Engineer (compentent approved Engineer) who has experience with this issue to assess the Pyrite Damage.

This is to be a Building Condition Assessment in accordance with I.S 398 part 1, to determine the presence or absence of damage consistent with pyritic heave, and also to quantify the extent of this damage.

The Engineer will give your property a Damage Condition Rating. Depending upon the rating you then can make an application to the Pyrite Redress Scheme for assistance.

Damien McKay has passed the associated examination completing the course in Pyrite Testing and Methodology for Remediation Works; Key aspects of I.S. 398 (Part 1 &2).

He is an approved Engineer on The Engineers Ireland Pyrite ‘Design Professionals’ (DP) Register.