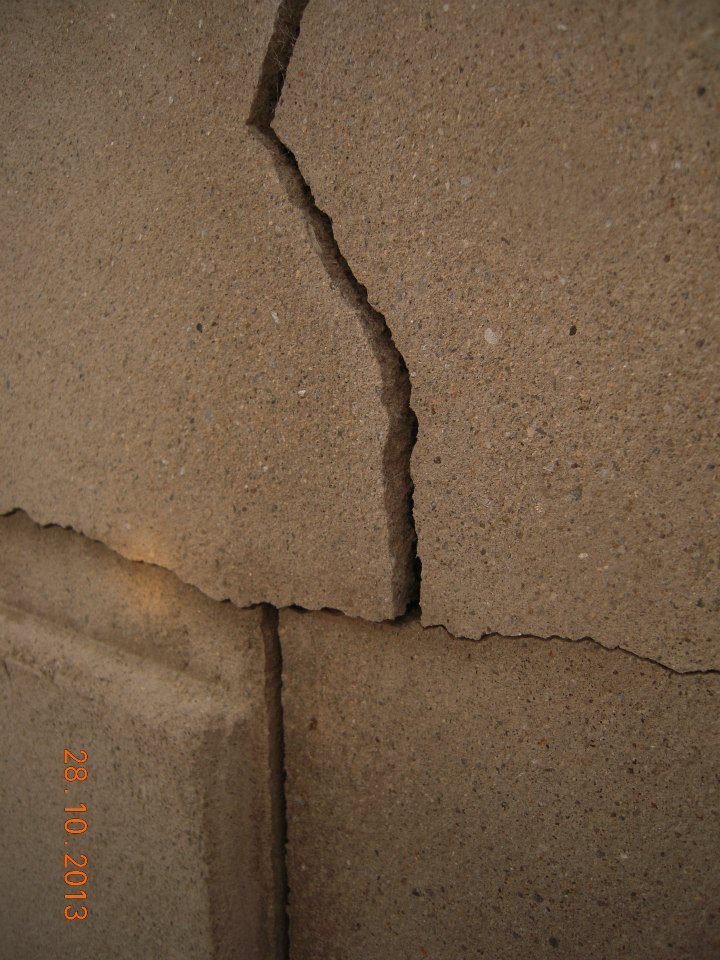 One of the key issues I have been dealing with and raising regularly over the past 2-3 years is defective precast concrete blocks used for construction purposes. It’s an issue that effects home and commercial property owners, but it is also of concern to professionals like engineers, architects, solicitors and surveyors and I’m delighted to have the opportunity to raise it with such professionals in Donegal this month.

The Donegal Region of Engineers Ireland are hosting a special event on 14th January at the Radisson Blu in Letterkenny, and I look forward to making a presentation on the defective blocks issue.   Some background: It would appear there is an issue with the concrete blocks which is causing them to become friable (crumble and crack) with continuous deterioration. These cracks may look like normal settlement cracks or defective plasterwork at the early stages.

However, the cracking gets worse over time. In most cases the cracks start to appear around five years or sometimes longer after construction. Upon further investigation it becomes apparent the actual concrete blocks beneath the plaster can be easily broken.  In some instances the defective concrete blocks can be broken with as little effort as rubbing them with your fingers. I have called on the Government to set up a redress scheme for Donegal homeowners, similar to the Pyrite scheme in Leinster.

My presentation to the Engineers Ireland event will cover detailed investigations, possible causes, reference to Pyrite and options for remedial works based on individual circumstances.  I will also address issues that fellow Engineers, Architects and Surveyors face when doing pre-purchase surveys of buildings and will outline suggested reporting mechanisms for their clients in suspected cases. Therefore, the talk will be of interest to engineers, architects, building surveyors, quantity surveyors and to solicitors involved in conveyancing and litigation cases.

It’s an Invite Only event, but you can find out more on: http://www.engineersireland.ie/groups/regions/donegal/events/when-a-hsa-inspector-comes-calling,-defective-prec.aspx

For further information on defective blocks, go to:  http://www.consultingengineers.ie/defective-concrete-blocks/